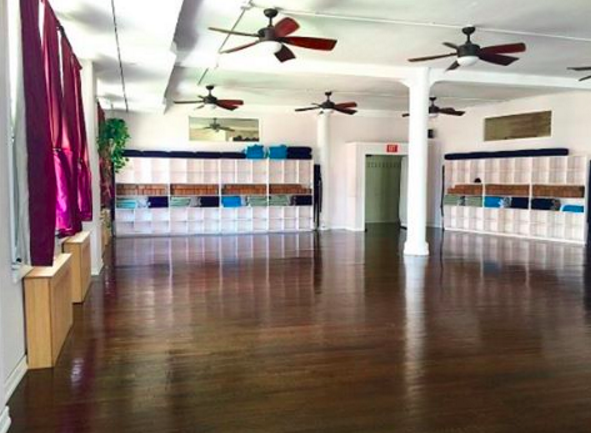 If you’ve read a review (or twenty) on The Jonesing, you might have picked up on our affinity for an introductory, universal reference point to help contextualize our thoughts on a fitness experience. So, when our instructor at Yoga Vida kicked off class with a big-picture anecdote that tied back to our practice, we knew what was going on there right away. Sharing a story about being under the weather, our instructor honed in on the (often fleeting) gratitude we all feel when a bug passes and we can return to life as a fully functioning human. She encouraged us to harness and incorporate that sense of appreciation into our flow, and despite our recognition that this was a set-up of sorts, we actually bought it (even thanking our lucky stars for our body’s abilities despite our dolphin pose more closely resembling a farm animal in heat than aquatic royalty).

Bringing extreme mindfulness to our yoga practice sort of embodies the Yoga Vida vibe for us. Because Yoga Vida is as much about the mental as it is the physical, offering a practice that’s approachable for anyone, really, yogi, athlete or otherwise (which is nice, since we don’t exactly fall neatly into any of those categories). And we’ve found all of the Yoga Vida instructors to inspire this overall mood, without entering corny territory or coming across as inauthentic.

Bearing all that cerebral sh*t in mind, we wouldn’t leave you hanging on the physical nature of the workout. After establishing that our body is a temple and should be celebrated as such, we eased into a vinyasa flow, working through different sun salutations (read: flowing sequences; a down-dog here, an up-dog there), which included a couple of seemingly advanced poses we’d never tried before, and on which we periodically gave up after a few breaths (just really needed a moment in that child’s pose, you know?). We stuck to a pretty moderate pace, getting the blood flowing and the sweat trickling, but never entered heart-pounding, slipping-on-our-own-perspiration territory. Granted, the mild room temperature helped us out on this end; though we might be singing a different tune in one of the heated classes, which appears somewhat less frequently on the Yoga Vida schedule.

We wouldn’t characterize it as a downfall by any means, but Yoga Vida’s one pitfall is their tendency to pack the room. Let’s just say there’s not a ton of personal space, and when we’re doing our damnedest to focus inward, a stray foot dangerously close to our eye, or someone next to us toppling out of Warrior III (ok, so maybe that was us), can be sort of a drag. And we’d imagine that body heat becomes a force with which to be reckoned in heated flow classes, along with those infrared heaters. But if you can get comfortable having only the surface area of your mat to call your own for 65 minutes, this is a yoga studio you should be sure to hit up. Because when we’re in the mood for a 0% sceney yoga situation that will leave us looser, calmer, and more in touch with our bodies (and sometimes alarmingly aware of just how tight our limbs were previously), we know that Yoga Vida will not disappoint.

Gonna Cost You
$18/class, but we get the feeling that most peeps here buy in bulk to drive that price down. You’ll need extra funds for mats and towels if you don’t BYO. Worth noting, we’ve always been able to sign up via Class Pass, but if you’ve gone the capped 10-class route (RIP our unlimited membership), this is probably one of the more affordable spots where it could makes sense to go out of pocket.

Instructor Vibe
All the instructors we’ve encountered at Yoga Vida have been pretty solid, offering modifications, making the rounds to correct poses (though much less so in packed classes), cuing a certain number of breaths in a given pose, but otherwise leaving us to do our thing.

Studio Sitch
We’d say Yoga Vida delivers pretty typical yoga amenities; cubbies in the front for shoes; cubbies in the room for valuables. There are bathrooms and some spots to chill before and after class, but the studio is a bit dim with the exception of the classroom itself, so we tend to come and go expeditiously.