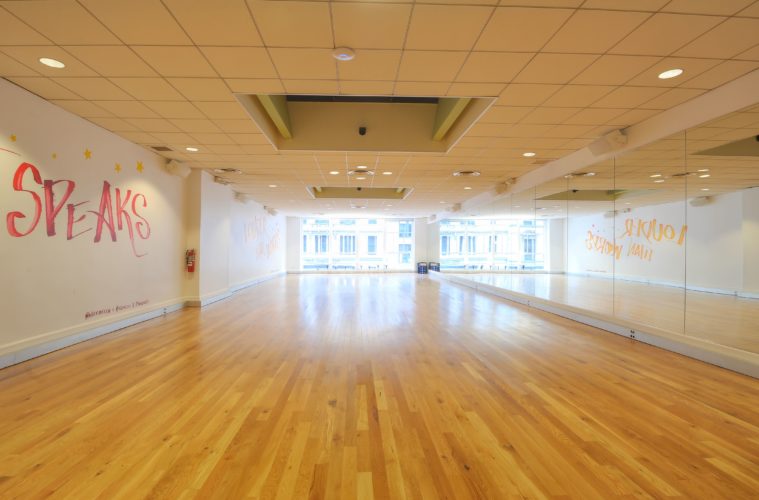 By now, you may have heard of the great Akin Akman – star SoulCycle instructor, leader of Akin’s Army (yeah, guy’s got an army), overall Adonis. Rumors of Akin’s bootcamp at Crunch Gym had peaked our curiosity for a while; just not enough for us to shell out on a Crunch membership on top of our class habit. So, you can imagine our delight when we learned that Akin’s Army would join the ranks of boutique fitness, settling into Studio B, atop Bandier in Flatiron.

Akin’s “Killer Legs & Abs” was not our first rodeo at Studio B, but it remains our sweatiest. Akin’s creativity, his form, his clear demonstrations and corrections, all add up to a unique and ambitious workout, led by a captivating, motivating instructor. His bootcamp warm-up is one of the best in NYC, in that he actually does one. Dynamic stretches, hip openers, down dogs – there’s something to be said for easing into things at 7:00am. The masochists of the fitness world can heave a sigh of relief that the gentleness ends there; the leg work that follows is hell. We’re not sure how many lunges and squats we did in the first 10 minutes, which we’d attribute to a quad-burn-induced blackout. As for the rest of the class, despite its Legs & Abs designation, this is a full body class, and your next day soreness will remind you as much.

Based on a few visits, we’ve come to expect lots of compound movements (read: working multiple muscle groups at once), like one-legged deadlifts with an elbow-in rows, side lunges with bicep curls, and pistol squats and one-legged burpees, with sets and reps varying by combination. We will say, even on our third visit, we still found ourselves lost from time to time. Akin tends to cue the next group of exercises before the majority of the room has completed a combo, prompting half the class to move on to the next (many of whom we’d bet are ignoring Akin’s supplication to “finish what you started”), while others wrap up; it can get pretty confusing.

Akin closes out class with about 5 minutes of agility – explosive movements that change direction abruptly and require quick, but controlled, acceleration. Yeah, it’s as disorienting as it sounds, and unless you’re one of Akin’s front-row regulars, these drills are enough to make anyone feel clumsy. What all this adds up to is a challenging class that varies from many of NYC’s bootcamps given Akin’s emphasis on form, unilateral movements and nimbleness. If you can persevere and get comfortable with the combinations he favors, as the class tends to be very similar week to week, there’s a fair shot you’ll be converted you into a loyal member of Akin’s Army, and if not, at least you’ll wake up sore for the next few days.

Instructor Vibe
Akin’s tone is a firm but encouraging; even the strongest athletes in the room can learn a think or two from his perfect form, stamina and agility. Akin’s younger brother Yavuz and fitpro Bree Branker have taken on some Akin’s Army classes, too.

Shower Sitch
No showers here (hey — the first time we visited, we had to use the bathroom at Starbucks around the corner because toilet installation took a backseat to the “Sweat Speaks” wall graffiti — baby steps), so plan your pre-office routine accordingly. Another word to the wise on the studio; while store hours indicate they’re closed, enter through Bandier and head upstairs. You’ll thank us for those extra 5 minutes you can spend in bed instead of searching frantically for the entrance.