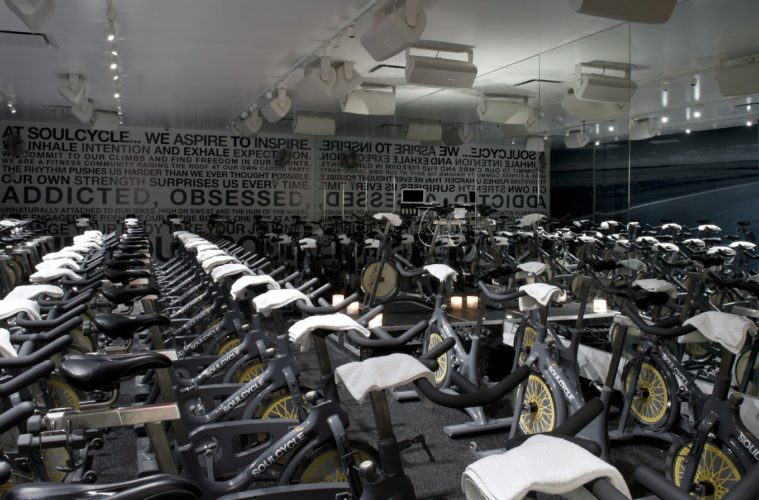 We thought long and hard about whether or not to include SoulCycle among the first reviews to go up on The Jonesing. Because chances are, if you’re reading this, you’ve heard of a little spin studio called SoulCycle. You know, they basically invented boutique fitness, established some low-key partnerships with Oprah and Target in the past couple of years, and happen to be going public in what’s poised to be one of the most high profile fitness IPOs ever.

Why bother adding our take on a studio so universally known? Well, for all its celebrity, we think there are some general impressions of SoulCycle that have prevented many people from giving it a try, and that’s a shame. Sure, the mantras (“find your soul,” or not, we don’t care) and the diehard community can make SoulCycle feel a bit more “cult-like” than some other studios out there. But that doesn’t define the experience for everyone; there are lots of riders, in fact probably the majority, who aren’t about that life. And when we want an intense yet feel-good workout, we’ve yet to find a better option than riding at SoulCycle.

If we’re eyeing a primetime ride, signing up for SoulCycle can be half the battle, and we do mean battle. There are people (we know them) who would cut you for their preferred bike with their favorite instructor, and are hopped up on all sorts of sh*t to prepare for the weekly opening of the booking window at 12 P.M. sharp on Mondays. Getting boxed out of a ride can be frustrating, but hey, that’s war. Once we actually make it to class, we’re golden. Whether you are a first-timer or a ten-year rider, once you walk into the candlelit room, clip into your bike (we say this matter-of-factly, but we’ve had to flag down a yellow-shirted Soul person for help setting up on many occasions), the rest is a 45-minute blur of riding to the beat of the music, sprinting, running, climbing hills, and more riding to the beat, with one song dedicated to arm exercises (seriously, what kind of witchcraft makes these 2-pound weights hurt so bad?).

A word on SoulCycle’s famous (or, infamous depending who you ask) choreography, sprinkled throughout all of the above. For us, it resembles that same feeling we get when we sing in the shower; we know we aren’t any good, we know we wouldn’t want anyone to witness it (God forbid; thank you, dark room, you are our friend), but hell, it’s fun, and it makes us feel all the feelings. Not to mention at times the sweet moves were a welcome distraction for the intense burning in our legs and serious breathlessness. We will say, though, with all the choreography cues, there’s not always a ton of emphasis on basic form on the bike; we could see how some stuff (read: lifting your hands off the handlebars…) could be dangerous if you’re not riding with enough resistance.

At the end of the day, we show up because SoulCycle delivers a great f*cking sweat, and we have a good time doing it. What more do you really need to know?

Instructor Vibe
More so than any other studio, probably, SoulCycle instructors have major followings. For the uptown crowd, Stacey Griffith is basically the second coming, while Akin Akman is probably the most sought after instructor downtown (note, his class is about as advanced as it gets in terms of pace and choreography). And Karyn Nesbit is the f*cking truth, with a way of saying all the right things, at all the right times, to make us work our hardest and feel our best. For a workout so beats-driven, instructor taste in music contributes in a big way to the enjoyability of the class. Or it doesn’t; we’ve had playlists make and break rides, so I guess we’d say that if at first you don’t find your musical spirit animal instructor, try, try again.

Studio Sitch
If it takes a village to raise a kid, it takes a small country to care for SoulCycle Noho. The studio is big, beautiful, and clean. Showers are plentiful, which is good, because you’re going to need one.